Safety standards have been made in order to protect workers in excavation and trenching.

Construction jobs which involve excavation and trenching are very risky. Nearly two workers die every month and hundreds sustain injuries while performing these tasks. So specific standards have been laid down for the safety of the workers.

About Excavation and Trenching

Any depression, cut, trench, or cavity made by man in the earth’s surface by removing earth is an excavation. A trench is a narrow excavation which is made under the ground and is deeper than its width and is 15 feet wide at the bottom.

A protective system is mandatory for a trench which is 5 feet or deeper. However, the excavation in stable rock may be exempted from this rule. It is obligatory for trenches which are 20 feet or more deep to have a protective system which is specifically designed for that trench by a certified engineer.

While designing the protective system the soil classification, water content of the soil, the depth of the cut, changes brought about by the weather or climate, the surcharge loads, and the other operations being carried out nearby should be kept in mind.

Some of the commonly used protective systems are:

Benching – In this the sides of the trench are cut into a number of steps or horizontal levels. There are vertical surfaces between the levels.

Sloping – Sometimes the trench wall is cut back at an angle which is inclined away from the area being dug.

Shoring – In order to prevent the soil from moving different types of supports like aluminum hydraulic are installed.

Shielding – This involves the use of trench boxes and other supports to avert soil cave-ins.

Rules to be followed while working near an excavation or trenching site:

All this can help reduce the accidents and protect the workers from injuries. All this can be taken care of by employing services of a professional St. Louis trench shoring company.

Luby Shoring was established in 2015 by Steve Luby. He grew up with construction equipment, spending summers helping in the parts department at his family’s business, Luby Equipment Services. Steve continued working in the industry and was a part of senior management in Luby Equipment’s sales department until he saw the need for expanding the shoring business. 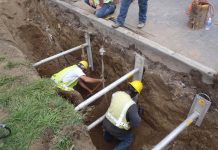 Hydraulic Vertical Shores :: The Quickest Way to Shore a Trench 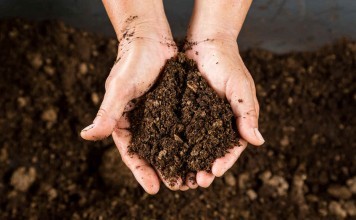 The Different Techniques Of Trench Shoring

What’s been updated in the revised OSHA penalty structure?

How to Prevent Trenching Accidents